Elena Olga Pistorio is currently a Board Member and Director of the Pistorio Foundation. As Director, Elena oversees the Projects in every country where the Foundation is present. Elena moved with her family to Singapore in 2005, and joined the Pistorio Foundation shortly after her father, Pasquale Pistorio, founded it in April 2005 in Geneva. In 2008, Elena set up and headed the Singapore Volunteer Chapter of the Foundation. The Foundation has raised over 700,000 SGD in Singapore since its founding, 100% of which have been devolved to projects in the region to directly benefit children in need. Over 40 volunteers have been involved in Singapore Chapter activities as well as on projects, traveling to locations in Thailand and Cambodia. Volunteers are also involved in website management, database development and management, accounting, auditing, and legal advising.

Before joining the Pistorio foundation, Elena led the social concerns of STMicroelectronics Foundation as Director of Operations in 2002. In that capacity, Elena launched the Digital Unify program that was part of the UN ICT Task Force effort of the company to help bridge the Digital Divide. The Project was launched in many regions where STMicroelectronics was present – Malta, Morocco, India, and Malaysia. Elena oversaw country operations, traveling to locations and working with local Country Managers who were STMicroelectronics employees who volunteered for this projects, and she reported Quarterly progress of projects to the Board of STF. STF was partnering with local universities, municipalities, schools and other NGOs, setting up computer labs and training the trainers to provide internet access as well as a Basic Computer Literacy skills to disadvantaged communities. To date, STF counts over 260,000 trainees in 25 countries.

Elena completed her IB Diploma from the American School of Milan and her double BA in Economics and Media Culture with Honors from Brown University. Upon graduating, Elena worked as a Business Analyst in Ansaldo, a Genoa based MNC, and later moved to Paris to join the Media Department of Euro-RSCG. Subsequently, Elena quenched her long-time passion for filmmaking by working on productions of feature films with artists of the caliber such as James Ivory and Ismail Merchant in Paris and by completing a Masters Degree in Film and Television Production from Goldsmith College in London, where she wrote, produced and directed a short feature film, “Jackie’s Game”, which was screened at the BBC Short Film Festival among others. She thereafter attended film festivals at Cannes and Venice as a correspondent, and contributed to the translation of television and independent film productions.

Elena is fluent in English, Italian and French.  Her free time is dedicated to her family, championing environmental issues, and nurturing her passion for film, theatre, yoga and traveling. 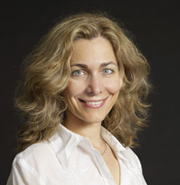